As part of the course on “ICT Policy and Regulation”, , the Executive Director of delivered a guest lecture on “Privacy Laws and Regulation” on 7th April 2016.

Sunil Abraham is the Executive Director of CIS. He is also a social entrepreneur and Free Software advocate. He founded Mahiti in 1998 which aims to reduce the cost and complexity of Information and Communication Technology for the Voluntary Sector by using Free Software. Today, Mahiti employs more than 50 engineers and Sunil continues to serve on the board as a board member. Sunil was elected an Ashoka fellow in 1999 to ‘explore the democratic potential of the Internet’ and was granted a Sarai FLOSS fellowship in 2003. Between June 2004 and June 2007, he managed the International Open Source Network, a project of the UNDP’s Asia-Pacific Development Information Programme serving 42 countries in the Asia-Pacific region. Between September 2007 and June 2008, he also managed ENRAP, an electronic network of International Fund for Agricultural Development projects in the Asia-Pacific facilitated and co-funded by International Development Research Centre, Canada. Sunil is the co-author for the following publications: Unlicensed Spectrum Policy Brief for Government of India; Open Government Data Study; and Digital Natives with a Cause? 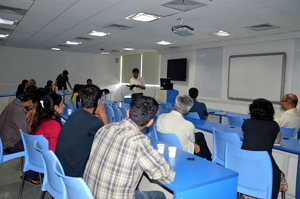 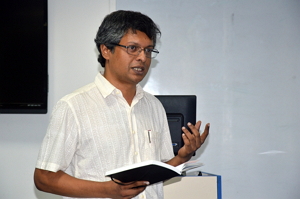 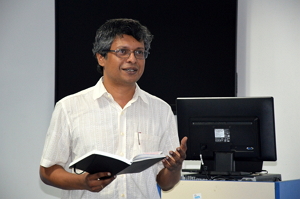