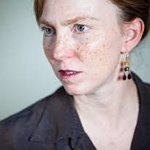 In the past decade, states around the world have, at an accelerating rate, instituted requirements that their citizens or residents have id cards. Why are states willing to devote such significant resources to these projects and why, in states that have long had requirements, is the effort repeated so often?

The answer lies more in culture, psychology, technology and bureaucracy than it does in practical concerns. The Justice Initiative’s work suggests that documentation requirements, contrary to all rhetoric, often institutionalizes marginalization. Although documentation of identity does not obviously affect established rights, the Justice Initiative has used a right framework to challenge this marginalization.